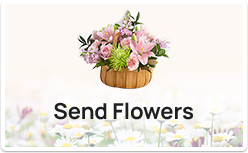 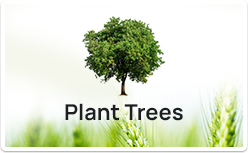 Brent George Coats went to heaven Monday, April 26, 2021 at 7:10 a.m. at home surrounded by his wife and family, due to complications from diabetes. His family and friends were able to spend the last week close by his side, asking him for stories, songs, and “bad Dad” jokes, laughing and reminiscing together.
Brent was born February 22, 1945 to Raymond and Ethel Coats in Murray, Utah. One of eight children. He was raised in West Valley on the family dairy farm, he graduated from Granger High School in 1963. He loved sports, but though he claimed he was the biggest kid in the school, he always claimed he wasn’t very good. He told his grandchildren his job was end-guard-tackle: end of the bench, guard the water bottles, and tackle the cheerleaders.
He served an LDS mission in Rochester, New York, returned home to attend Brigham Young University where he met his sweetheart, Anne Christensen. He graduated from BYU in 1970 with a degree in economics.
He was married and sealed to Anne January 30, 1970 in the Salt Lake Temple.
Brent and Anne moved to Clifton, Idaho where Brent bought two dairy farms with his brother, Fred. He raised his five children in Clifton where he loved to golf, boat, ride dirt bikes, basically anything where he could be with his family. He also loved to cook and made breakfast every morning while singing them inspiring song like, Oh, Lord It’s Hard to be Humble.
After he raised his children, he and Anne sold the farm and moved to Nibley and then North Logan to be closer to children and grandchildren. He loved his motorcycles, first his Valkyrie and then the three-wheeler, otherwise known as The Red Menace. He put more than a hundred and fifty thousand miles on his Valkyrie and earned The Iron Butt award.
He is preceded in death by his parents, four siblings (Roy, Dick, Clyde and Fred). He is survived by sister Jeanette, and brothers Raymond and Don.
He is also survived by his wife, Anne (aka Granny Annie), his children Ryan Coats (Richelle), Justin Coats (Jodi), Camille Checketts (Stanford), Chris Coats (Karie), and Abbie Anderson (Tristan), and twenty grandchildren. He was very proud that his two oldest grandchildren served faithful missions for the LDS church and his third and fourth grandsons are serving in Texas currently.

He adored his wife and they had an incredible marriage. At three a.m. the morning he passed he asked her to give him a kiss, and said, “That’s the good stuff.” He often told his wife, girls, and granddaughters how beautiful they were. He thought his grandkids were the best and was very proud of them. Everyone loved their Papa and spending time him. He loved to make his family laugh and sing them songs.

Papa Coats will be sorely missed. He always told his children they weren’t spoiled they were well-loved. We hope he knows how well-loved he is by all of us.
In lieu of flowers, please donate through Webb Funeral Home or Venmo @Abbie-Anderson-19.
Thank you for your love and prayers.
Funeral services will be held Friday, April 30, 2021 at 11:00 am at Webb Funeral Home, 1005 S. 800 E. Preston, Idaho 83263. Services will be streamed live on Friday April 30, 2021 at 11:00 am MDT at the following link: https://youtu.be/iMV_2SQg1ZE Viewings will be held Thursday from 6:00-8:00 p.m. and again prior to the funeral from 9:30-10:30 a.m. Interment will be in the Clifton Cemetery. Memories and condolences may be shared with the family at webbmortuary.com

Dear Coats family, I was sorry to hear of Brents' passing. We had full intentions to make it to his services but unfortunately that didnt happen. He was a positive , happy, friendly person. Rob and I enjoyed the years that we were able to come to your home as home teachers. Diane and I and our family enjoyed being neighbors and friends with you over the years. You are a great family. May you be comforted in your longings for him and enjoy the many great memories that you have of your sweetheart and father.

Dearest Anne and kids, we were so sorry to hear of Brent's passing. So many fun memories of him and all the family in Clifton back in the day. I especially remember his "Halloween " costumes! He always had a smile and was such a sweet man. You two raised some awesome kids. Treasure the memories and the good times as a family. We send our love and support to each of you. Karen and Rod Peterson

Anne, We were so sorry to hear about Brent. Sorry we couldn't be there for the services, but we were able to watch them on line. We enjoyed all of the comments from your kids. You have an amazing family and we have many great memories of the times we spent with you. Wayne's comments reminded us how much you and Brent had an influence in getting Me into the church and Cath back into activity. We love you and your family.

Anne, We were so sorry to hear about Brent. Sorry we couldn't be there for the services, but we were able to watch them on line. We enjoyed all of the comments from your kids. You have an amazing family and we have many great memories of the times we spent with you. Wayne's comments reminded us how much you and Brent had an influence in getting Me into the church and Cath back into activity. We love you and your family.

Anne so sorry for your loss! I don't know if you remember me from when you worked at the lodge, but I always loved showing up for work when you guys were working. There was always so much joy and so many smiles for everyone you came in contact with. I felt like family the minute we meant and got to know you.

Prayers are with you and your family at this time.

Anne I'm so sorry to hear about Brent. That damned diabetes! Tim has been gone 24 years because of that wretched disease. He said he'd know he was in hell if he woke there and saw cows. Love Jeneane

Brent and Annie always stopped by when they were passing through, we always enjoyed their sprit and love for life. He will be missed, Annie know that you are loved!

Anne and family, I am so very sorry to hear about Brent. I have such fun childhood memories spending time with your family. Love to you all.